Berlin wants to bury its relations with Moscow?

On June 18, Russian Ambassador to Germany Sergei Nechaev was invited to the German Foreign Ministry. As one can understand, the invitation is connected with the statement from the Office of the Prosecutor General of Germany, which on June 18 brought down charges on a Russian citizen, who was detained in a high-profile murder case in Berlin's Tiergarten last August. 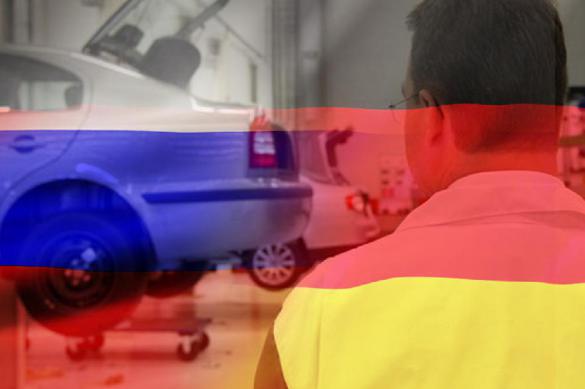 Germany brought down charges on Russian citizen only named as Vadim K. According to German prosecutors, the accused received an order from the department of the central administration of the Russian Federation to liquidate a Georgian citizen of Chechen origin, Tornike K."

It goes about Zelimkhan Khangoshvili, who fought during the Chechen war from 2000 to 2004 on the side of the militants.

Not too long ago, Germany was outraged about there was a lot of noise about the hacker attack on the Bundestag in 2015. German officials accused Russian hackers of the attack having mentioned that the hackers were connected with the GRU (Russia's military intelligence service). The Russian side rejected the accusations, having stressed that Berlin had not provided any facts.

One gets an impression that the German authorities want to aggravate relations with Russia against the backdrop of the Nord Stream-2 project, in which Germany wants to cooperate with Russia. At least, it appears that Germany rejects US pressure at this point.

"Of course, this event, its coverage in the press will add negativity to Russian-German relations that are far from being perfect. In fact, modern Russia has become a topic for horror stories in the German media. Germany has been demonizing Russia," Alexander Kamkin, leading researcher at the Center for German Studies at the Institute of Europe of the Russian Academy of Sciences told Pravda.Ru.

Is this negativity going to prevail over the Nord Stream-2? According to Alexander Kamkin, the positions of the political and business communities of Germany are completely different regarding the gas pipeline project.

"The German political class has been following its big brother from Washington for a long time. It was only after Trump's coming to power, who cast doubt on the whole system of international economic relations and agreements, that gave German politicians an opportunity to maneuver," the expert believes.

"I think that sooner or later, the German political class will put on the agenda the issue of diversification of main vectors of Germany's foreign policy. The United States has proved to be extremely unreliable partners during the presidency of Donald Trump. Therefore, Russia and Germany may deepen their economic and then political partnership," the expert told Pravda.Ru.