John Bolton's book is to see the light on June 23. The events that we can currently witness on the even of its publication are reminiscent of a special operation. 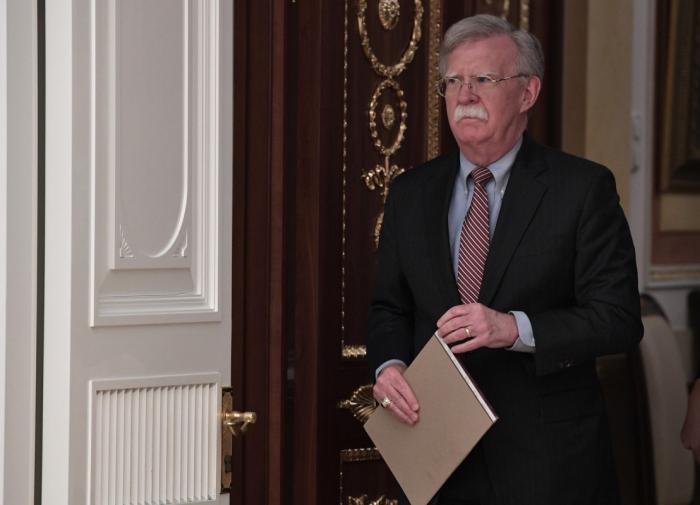 John Bolton served as a national security adviser for less than 18 months - from April 2018 to September 2019. Bolton is considered one of the "hawks", he is a champion of an extremely tough policy towards all states, the policies of which do not suit the United States for one reason or another.

Bolton was dismissed from his post in the midst of a scandal. He took offence and then revenge - in the form of the 500-page book titled "The Room Where It Happened: A White House Memoir".

The White House, of course, understands what stories the offended ex-adviser may tell in his book. They demand the sale of the book be banned because the book may contain classified information. A Washington federal court may bring criminal charges against Bolton in connection with his actions that reveal state secrets. The US Justice Department of Justice also appealed to the court, demanding that the publisher, Simon & Schuster, and the ex-adviser suspend the publication of the memoirs.

Bolton has no intention to give up. He delivered copies of the book to The New York Times, The Washington Post and The Wall Street Journal - the publications that are known for their critical stance on the Trump administration.

It became known from their reports that

John Bolton himself says that Donlad Trump is "not fit for office." From what has been published so far, one may assume that Bolton is right.

The Bolton book saga looks like a special operation. Indeed, Bolton was one of the key employees of the administration. He obviously knows a lot. These memoirs will definitely strike another blow on Donald Trump.

According to Vladimir Vasilyev, chief researcher at the Institute of the USA and Canada, the book may strike a very serious blow to the administration of the sitting American president.

"This will be a sensitive blow to the Trump administration and its foreign policies. Bolton exposes Trump's incompetence, his lack of knowledge about the world outside the USA, his impulsive and erroneous decision-making. Trump is very poorly versed in issues of foreign policy. One may indeed assume that he surrounded himself with people who do not give him the right advice," the expert told Pravda.Ru.

"Clearly, John Bolton is taking revenge on Trump for firing him. Bolton might have dreamed of serving a national security adviser, but even the Republicans did not see him as a person, whom they could entrust serious matters with. This is a stain that the public will definitely take notice of," said Vladimir Vasiliev.

The expert recalled another problem for the team of the current president of the United States.

"Now there is a scandal brewing around Secretary of State Mike Pompeo. Inspector General of the State Department Steve Linick was fired in May. He already testified in the House of Representatives."

"Bolton's book and the unfolding Pompeo scandal may destroy the foreign policy credo of the US administration. I believe that this is what the Democrats want to do," the expert said.

"The Trump administration has nothing to boast of as far as foreign policy is concerned. If we take a look at the achievements of the Trump administration in the field of foreign policy, we will see that the United States has been pulling out from international treaties lately. Trump has been breaking international agreements, exiting treating and imposing sanctions. In short, America has been fighting with the world. Generally speaking, the USA has no achievements in foreign policy," said Vladimir Vasiliev.