Why is decolonization of history so popular today?

The phenomenon of "decolonization of history" has been gaining strength lately. Of course, this is not a new phenomenon at all. However, it was given a huge impetus after the massive riots in the USA following the death of African-American George Floyd. 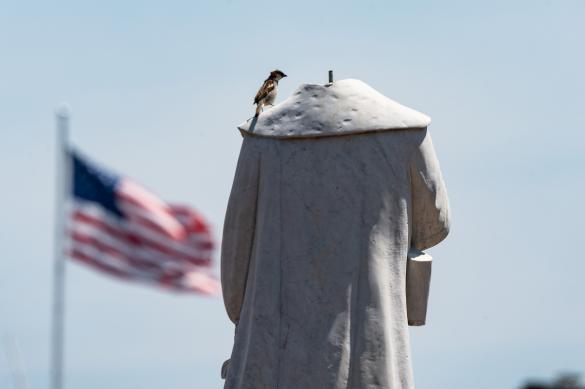 There is no paradox in decolonization of history

In the UK, Black Curriculum group demanded the study of the history of blacks should be obligatory in primary and secondary schools.

According to activists of the group, it is vital for black students in Britain to see their reflection in the school curriculum, where they are shown in a positive light, in a quality different from slavery.

The activists want to discuss the idea during a meeting with Secretary for Education, Gavin Williamson. He previously served as the Secretary of Defense and in this capacity was distinguished by very belligerent statements in Russia's address. Let's see how uncompromising he will be in the current situation.

The British activists have a long way to go to catch up with the Byzantine Studies Association of North America. The latter released a special statement, in which they expressed their readiness to "decolonize" the research on the history of the Byzantine Empire.

"In an effort to combat systemic forms of racism and exclusion in our discipline, we establish the Byzantinists of Color Fund. We announce an initiative to Decolonize Byzantine Studies. We invite reflections on the question: Is Byzantine Studies a colonialist discipline?" the statement from the association said.

Nothing to be surprised about?

On the one hand, it sounds absurd. On the other hand, these are the trends of today. Therefore, one should not be surprised at the appearance of such statements. Presumably, there will be more to follow.

In addition to the "decolonization" of education and history, the United States and Britain launched an active struggle against monuments to historical figures because of their involvement in slave trade.

Russia is well familiar with the phenomenon of war with monuments. However, this war can in no way make people's lives better. It does not solve any problem at all.