Covid-19: Made and patented in USA, leaked in China

COVID-19 is not a natural coronavirus, but a man-made one. This is a biological weapon developed by the USA. It is believed that the Americans even patented Covid-19, like they patented Ebola. Was it used deliberately or incidentally? How many modifications does Covid-19 have? Why does the virus behave differently in different regions? 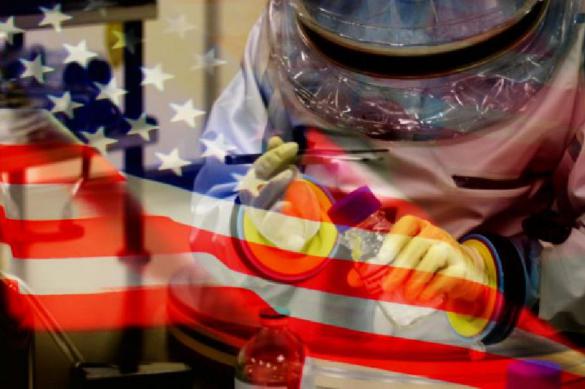 Why is China's Wuhan the most convenient location for biological sabotage? What are the real numbers of sick and dead? The Americans predicted that as many as 2.8 million people will be infected in the world by the end of February, and the virus would kill 100,000. Why are the numbers so low in China?  they make a mistake with China? The coronavirus epidemic broke out in the United States much earlier than it did in China. The American authorities did not understand what was happening and started taking measures against vaping.

"No. HIV elements enable the novel coronavirus to penetrate into human cells, in particular into the deep parts of the lungs and cause various severe complications. A person who has had coronavirus will not be infected with HIV. By the way, a strange thing has recently happened: first incidents of recurrent infection were reported in China. It turns out that they do not have antibodies to this virus. There's no immunity. This is another indication of the fact that COVID-19 is a virus that did not come from the wild. It had been created by someone for some specific purposes.

"The Chinese Institute of Virology in Wuhan belongs to the 4th degree of bioprotection. It is supposed to withstand the impact of tactical nuclear weapons. No bat could escape from there. It took the Chinese more than a month to realize what they came across with.

"The first case was detected on November 17, but they announced the onset of the epidemic only on December 31. They did not know what they were dealing with. Even if they were doing something at that institute, even if there were some sort of a leak - the Chinese administration would have been informed accordingly."

"So you say that that this is an American "creation". Trump initiated the law to fight against the use of vaping devices, when it started spreading in the United States back in August of 2019. It turns out that Trump knew nothing about what was happening in reality, that it was not the vaping, but a leak of biological weapons. Do you think it was a leak after all?"

"I think it was. Why did they close Fort Detrick then? In 2014, President Barack Obama signed a moratorium for the research on influenza viruses - SARS and MERS. Such studies in the United States were officially banned. At the very least, the government funding of this kind of research was prohibited.

"Someone in the administration realized that they represent an extreme danger for all of humanity. The Americans calculated that by the end of February, 2.8 million people would be infected in the world and 100,000 would die. It was their forecast, a mathematical model.

"Did they make a mistake?"

"No. They turned a blind eye on it. As soon as China realized the problem, the Chinese administration took most stringent measures immediately. China took unprecedented measures that on one has ever made before.

"The Chinese are a disciplined nation. The Chinese Communist Party organized everything clearly and rigidly."

"Indeed. The Chinese managed to overcome the disease with such cruel quarantine measures. They demolished bridges and blocked roads to stop people from traveling. Unfortunately, the Italians did nothing.

"Is the virus in Italy the same as it is in China, or is it a modification of it?"

"It could be. Former Deputy Minister of Defense of Germany said that the Americans patented the virus in 2015."

"So there must be documents."

"Of course. Most likely, this is some kind of closed database."

"Why patent a virus?"

"They patented Ebola for some reason. I don't know why they are doing this, for what purpose. But, nevertheless, this is a fact. The Anglo-Saxons can't help but take what they consider theirs. This is the foundation of the Anglo-Saxon system. The early bird catches the worm."