Russia » News from the Kremlin

On Tuesday, June 23, Russian President Vladimir Putin addressed to the nation to speak about Russia's efforts in the fight against coronavirus, the state of affairs in the Russian economy and prospects for the future.

"These, of course, are difficult days, weeks, months - we all had a different sense of time. They brought too many changes in our lives: restrictions in our work and communication, anxieties and fears, and even the grief of loss. Thoughts on what will happen tomorrow, how to protect loved ones from misfortunes, how to support family and parents," the president said in the beginning of his speech, which was most likely pre-recorded and aired two hours later than was originally announced. 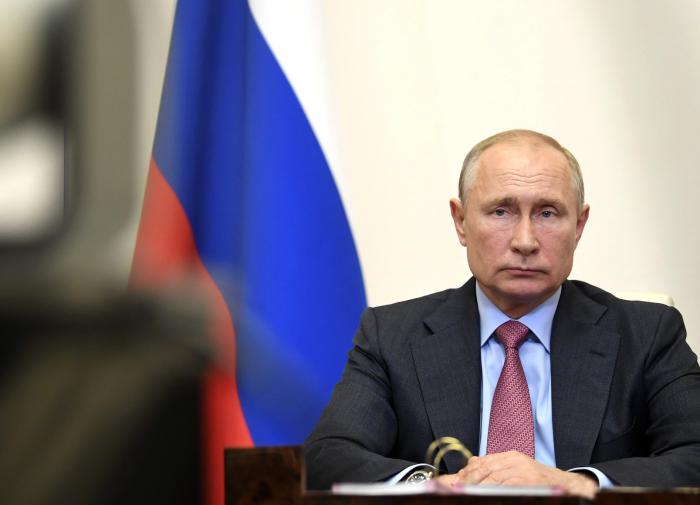 "It is important that in our country there was no confusion, but on the contrary, many were united in their understanding of the crisis, the real threat," the president noted.

Putin thanked the people of Russia "for mutual support and dignity," which Russia showed during the most dangerous stage of the epidemic - self-isolation. According to him, protective measures taken in Russia made it possible to delay the epidemic, its peak, for 1.5-2 months. It saved tens of thousands of lives.

"It is impossible to completely shield oneself from the threat. Sooner or later the disease will step into our house - that was understandable. Therefore, we did what we have never done before ­- we announced a period of non-working days. We did that in a timely and reasonable manner. We snatched time from the epidemic and saved human lives," said Putin.

The President thanked officials for their understanding and timely actions. At the same time, the  situation in Tuva, the Yamalo-Nenets Autonomous Region, and in the Karachay-Cherkess Republic remains difficult. "If necessary, we will come to the rescue," Putin promised. In Moscow and the Moscow Region, the number of COVID-positive patients decreased dramatically.

Putin noted that the epidemic was forced to make a step back, but "the virus is still dangerous."

"I ask you to remain cautious until we begin mass production of an effective remedy," Putin said.

Fourteen federal centers are working on a vaccine. "The vaccine is important, but it is not a panacea. All preventive measures must be followed," Putin said. The epidemic, he said, showed that the Russian health care system can show effective response to the crisis.

"I want to thank doctors, paramedics, nurses, who took the challenge first. We all understand what a tremendous burden fell on your shoulders from the first days when the virus was not studied, and one had to learn how to treat people and take risks. Supporting you is the holy duty of the state," the president said.

In this regard, Putin pointed out the importance of additional payments to doctors. The president proposed extending payments for social workers until September 15.

He also spoke about the treatment and care for children with rare diseases: "There are federal and regional programs, but parents have no choice but to go to charitable foundations or collect money themselves. A systemic, state system is required here. One should find a constant source of funding so that every family can get help."

Putin noted that it is possible to distribute personal income tax differentially. From January 1, 2021, the tax rate for well-to-do individuals ­- those who earn more than five million rubles per year - is going to change from 13 to 15 percent. The money - about 60 billion rubles a year - will be used to treat seriously ill children.

"The epidemic has struck a severe blow to the global economy. The problem of all countries is the reduction of employment and the growth of unemployment. Russia's GDP fell by 12 percent, in fact, a global recession has begun. The depth of the crisis is yet to be assessed," Putin said.

"A new reality is being formed in the world, and in these conditions, in matters of security and development, one can rely only on oneself," Putin said.

The parent of each child up to 16 years of age will receive 10,000 rubles of financial assistance from the state in July. Many Russian parents received such assistance in June - all of them will receive another one in July automatically. According to Putin, the package of support for citizens and economy is unprecedented. This became possible "owing to the accumulated reserves and responsible budget policy that we have pursued in recent years," he noted.

Speaking about voting on amendments to the Constitution, the president noted that the amendments would enter into force only if citizens supported them.

"The epidemic is not over; we still have to crush and suppress this infection." The past months, he recalled, have become a time of major challenges and trials for everyone. "It was not easy, but we made our choice that it is people who should be in the foreground. The main thing is to save people, and everything else will follow," the president concluded.