The former head of Chuvashia, Mikhail Ignatiev, filed a lawsuit at the Supreme Court of Russia, in which he disputed the decree, which Vladimir Putin had signed to dismiss Ignatiev from his post. 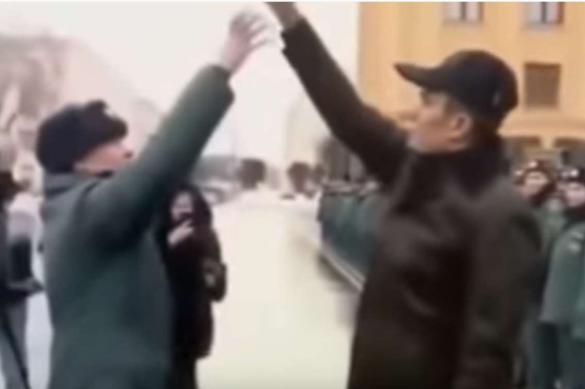 The news became a bombshell, because Ignatiev became the first ex-governor, who disputed Putin's decree on his dismissal by filing a lawsuit at the Supreme Court. There was a time, when governors sued president, but that was a very long time ago.

Putin's decree on Ignatiev's resignation due to the loss of trust was made public on January 29, 2020. It is not very often, when Putin uses the 'loss of trust' formulation in his decrees that dismiss regional heads from power.

In January 2020, Mikhail Ignatiev appeared in the news twice. At first, he stated that one needs to crackdown on journalists and bloggers from other regions who come to Chuvashia and then "start writing things". Ignatiev then apologized for his words, having said that his words had been misinterpreted.

A few days later, a video appeared on the Internet, in which Mikhail Ignatiev, the Governor of Chuvashia, makes an EMERCOM officer jump up to grab a key from new fire fighting vehicles as the governor was holding the key up above the officer's head. Soon afterwards, Ignatiev was expelled from the party and then dismissed from his post.

Out of the blue: Governor sues Putin

The former head of Chuvashia filed the lawsuit at the Supreme Court almost four months after his resignation. The news about the lawsuit was released by the press service of the court. Neither Mikhail Ignatiev, nor anyone from his representatives released any comments on the topic yet.

It was said that the court will consider the suit on June 30th. Vladimir Putin appears as administrative defendant in the case. The court returned the statement regarding requirements of the rights to additional social guarantees to the plaintiff ("due to non-cognizability to this court"). The lawsuit was accepted in the part, in which the former governor disputed the president's decree on the early termination of his powers.

Many say that Mikhail Ignatiev became the first former head of the region to have disputed his resignation in court. This is not quite true. In 1992, the sacked head of the Lipetsk region, Gennady Kuptsov, filed a lawsuit against then-president Boris Yeltsin. In 1993, the head of the Bryansk region, Yuri Lodkin, took the same path. Kuptsov won the case, and the Moscow City Court overturned the president's decision. However, the story took place in 1994, when the Lipetsk administration was headed by Mikhail Narolin, who had won the election in 1993. Therefore, Gennady Kuptsov simply could not return to his post.

Former Moscow Mayor Yuri Luzhkov, who was dismissed for the same reason in 2010, also threatened to file a lawsuit against then-President Dmitry Medvedev. However, Luzhkov had never said that in person - he never filed a lawsuit against Medvedev.

Mikhail Ignatiev, the former Governor of the Republic of Chuvashia, can hardly be recognized as one of the famous Russian governors. In fact, no one has ever heard of him before the above-mentioned scandals in January.

It was reported the other day that Mikhail Ignatiev was hospitalized in St. Petersburg. The former head of Chuvashia was diagnosed with bilateral pneumonia. He remains in serious condition and has his lungs seriously deteriorated due to coronavirus infection.