Western Sahara must be decolonized now

UN Secretary General António Guterres has called for the eradication of colonialism "once and for all". In his speech on the occasion of the opening of the 2020 session of the UN Special Committee on Decolonization on 21 February, Guterres recalled that 17 Non-Self-Governing Territories (NSGTs), i.e. "territories whose peoples have not yet attained a full measure of self-government", as defined in Chapter XI of the UN Charter (Declaration on Non-Self-Governing Territories), are still awaiting decolonization. 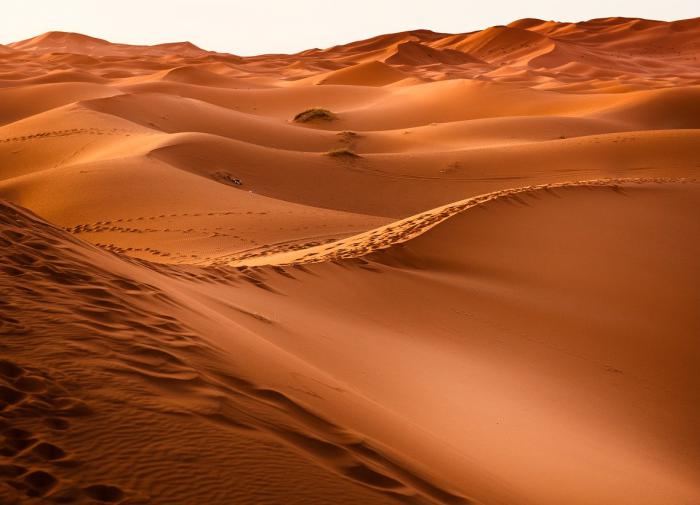 Within the framework of the new world order established after World War II, the UN General Assembly  included in its resolution 66 (I) of 14 December 1946 a list of 74 Non-Self-Governing Territories to which the aforementioned Chapter XI of the Charter applied; in 1960 it adopted the 'Declaration on the Granting of Independence to Colonial Countries and Peoples' (resolution 1514 (XV)); and in 1961 it established a 17-member Special Committee - expanded to 24 in 1962 - to examine and make recommendations on the implementation of the aforementioned Declaration on decolonization. The full name of that body is the 'Special Committee on the situation with regard to the Implementation of the Declaration on the Granting of Independence to Colonial Countries and Peoples' (commonly known as the Committee of 24, C-24, or the Special Committee on Decolonization). In 1963, the Committee added Western Sahara to the list of NSGTs (A/5446/Rev.1, annex I). As a result of the decolonization process, most of those territories - already independent countries or having changed their status - were removed from the list.  To this day, the Special Committee continues to keep the above-mentioned 17 NSGTs on the decolonization programme.

Western Sahara is the only remaining NSGT on the above-mentioned list in 1963 (the other 16 were in 1946); it is also the first on the list and the only one pending decolonization in Africa; and it is also by far the largest and most populous of all.

Following the signing of the Madrid Agreements (14 November 1975) and the definitive abandonment of the Territory by Spain, the Permanent Representative of Spain to the United Nations informed the Secretary-General on 26 February 1976 that with that date, the Spanish Government definitively terminated its presence in the territory of the Sahara and considered it necessary to place on record that Spain considered itself henceforth to be relieved of any responsibility of an international character in connection with the administration of that Territory, by ceasing to participate in the temporary administration established for it (A/31/56-5/11997) on the basis of the aforementioned Agreements. In this way, Spain unilaterally dissociated itself from its obligations to the international community and to the Saharawi people, theoretically 'under its protection' (Portillo, J., "Los saharauis y el Sáhara Occidental. De los orígenes al 2018", "The Saharawis and Western Sahara. From the origins to 2018", Círculo Rojo, 2019).

Given their nature, content and purposes, the 'Madrid Tripartite Agreements' constituted a flagrant violation of a cardinal principle of the UN Charter: the right to self-determination of peoples. The then OAU (now African Union, AU), by admitting the Saharawi Arab Democratic Republic (SADR) as a member state in 1984, denied legal and political value to those Agreements (Ahmed Boukhari, "The international dimensions of the Western Sahara conflict and its repercussions for a Moroccan alternative", Real Instituto Elcano, DT 19/04/2004).

In 1975, the International Court of Justice in The Hague already ruled that neither Morocco nor Mauritania had any title to sovereignty over the territory of Western Sahara (Advisory Opinion of 16 October 1975). And the UN General Assembly has reaffirmed that the question of Western Sahara is a problem of decolonization which must be solved based on the exercise by the people of Western Sahara of their inalienable right to self-determination and independence (Ruiz Miguel, C. & al., "The Western Sahara. Selected primary legal sources. 15 basic statements on the conflict", Andavira, 2018). The Resolution 3437 (1979) of the General Assembly calls on Morocco to "end its military occupation of Western Sahara and to negotiate with the Polisario Front, as the legitimate representative of the Saharawi people, the terms of a ceasefire and the modalities of a referendum on self-determination". In his report of October 2004, the then UN Secretary General Kofi Annan, pointed out that "the option of independence had already been accepted by Morocco in the Settlement Plan".

And in a specific ruling on Western Sahara, sent by the UN Under-Secretary-General for Legal Affairs and Legal Counsel, Mr Hans Corell, to the President of the Security Council in 2002, he made this very clear:

"The Madrid Agreements have not transferred the sovereignty of Western Sahara nor have they granted to any of the signatories the status of administrative power, a status which Spain cannot transfer unilaterally". (Resolution S/2002/161 of the United Nations Legal Department).

In October 2012, the US Department of State Report to Congress underlined that "Morocco claims sovereignty over Western Sahara, a position that is not accepted by the international community". It goes even further by stating that Morocco is not considered by the UN as the de jure administrative power of the territory". (In fact, Spain is, even if its rulers pretend to continue evading this truth) (Bukhari Ahmed, "Sahara Occidental: dos propuestas de solución", El País, 26/10/2012).

So as not to bore the reader, we simply mention also the 2016 and 2018 judgments of the European Court of Justice (ECJ), which clearly state that Morocco and Western Sahara are "two separate and distinct territories".

At the opening of the 2020 session quoted at the beginning, the UN Secretary General reiterated his commitment to the Decolonization Committee, recalling that he himself had been born in Portugal under a dictatorial regime which publicly denigrated that Committee and oppressed the Portuguese people and their colonies. "So for me it is something very emotional", he admitted. Guterres stressed that the Carnation Revolution ended the dictatorship in 1974, but that this was only possible thanks to the struggle carried out by the liberation movements in the colonies - Angola, Guinea, Mozambique, Timor - which led the Portuguese military to understand that the colonial war was a senseless one that had to be stopped.  This was achieved thanks to the Carnation Revolution, "which led to democracy in my country and the independence of the former Portuguese colonies," he emphasized.

Following the Secretary General's intervention, the Permanent Representative of Grenada to the UN, Keisha Aniya McGuire - who was re-elected President for the current session of the Committee - agreed with Guterres that the decolonization agenda is not at an impasse but is moving forward and that "it is our mission and responsibility to achieve meaningful progress in the most efficient manner possible and with the collaboration of all concerned. In fact, next September, another NSGT, New Caledonia, will hold its second referendum on independence, following a first one in 2018.

It is clear that decolonization represents one of the most relevant chapters in the almost 75 years of life of the UN, with the aforementioned Decolonization Committee having played a fundamental role. Having gone from 74 to 17 NTFs is an achievement of which "we can all be proud", said Guterres. "However," he added,  "we must not forget that the peoples of those 17 territories are still waiting for the promise of autonomy to be fulfilled", and recalled that this 2020 marks the last year of the Third International Decade for the Eradication of Colonialism, a relevant milestone that should serve to put an end to those colonial situations. The Secretary-General concluded his address to the members of the Committee by assuring them: "I will stand by you as you give another push to eradicate colonialism once and for all".

Eighteen years have passed since East Timor's former NSGT completed its decolonization process in 2002 and became a free and independent country.  East Timor was a contemporary case and very similar to that of Western Sahara. The territory of the present Democratic Republic of East Timor was colonized by Portugal in the 16th century ('Portuguese Timor'). After the Carnation Revolution, the colony declared its independence in December 1975, but a few days later - following the 'example' of Morocco in the then Spanish Sahara - it was invaded and occupied by troops from neighbouring Indonesia, which made the Timorese territory its 27th province. However, international pressure and a powerful civil society movement succeeded in getting the Portuguese government seriously involved and, with the mediation of the UN, the referendum on self-determination was finally held, in which the Timorese people chose independence.

Nothing forces today's democratic Spain, a social state governed by the rule of law, to assume the heavy burden inherited from the last government of the Franco dictatorship, the ignominious Tripartite Agreements, which are illegal and illegitimate, as recognized by Felipe Gonzalez himself - then Secretary General of the PSOE - in his speech in the Saharawi refugee camps in Tindouf on November 14, 1976, the first anniversary of the signing of the Madrid Agreements.

The Saharawi cause, just and legitimate, is a pending issue in our transition to democracy, as has been the exhumation of the dictator Francisco Franco from the 'Valley of the Fallen'. To date, and after the words pronounced by the UN Secretary General himself, we cannot continue to turn a deaf ear and look the other way.

It would be desirable, therefore, that Spain, as Portugal did in the case of East Timor, should do the same in the case of Western Sahara - Spain's former 'Province 53' - thus honouring its historical responsibilities and putting an end to the enormous injustice committed against the Saharawi people. It is now time to decolonize, as has been stated by those who have the greatest competence to do so, the UN Secretary General, as did, some time ago, Hans Corell, Frank Ruddy, Stephen Zunes, George McGovern, Toby Shelley, John Bolton, James Baker, Jacob Mundy,  Thabo Mbeki, Thomas M. Franck, Xavier Dupret and so many others.[[1]] And, above all, as the suffering Saharawi people, who have international legality on their side, are demanding, peacefully but insistently.

(*) Luis Portillo Pasqual del Riquelme Ph.D. in Economics, former professor of Economic Structure and Institutions at the Autonomous University of Madrid. He has been an editor in chief of the Economic Bulletin and head of the Economic studies and research section at ICE (Información Comercial Española, Review of Economy). Author of ¿Alimentos para la Paz? La "ayuda" de Estados Unidos (IEPALA, Madrid, 1987) [Food for Peace ?  The US "help"].