"I am not a racist, and I do not subscribe to any of the tenets of racism. But the seed of racism has been firmly planted in the hearts of most American whites ever since the beginning of that country. This seed of racism has rooted itself so deeply in the subconsciousness of many American whites that they themselves ofttimes are not even aware of its existence, but it can be easily detected in their thoughts, their words, and in their deeds." Malcom X , August 25, 1964 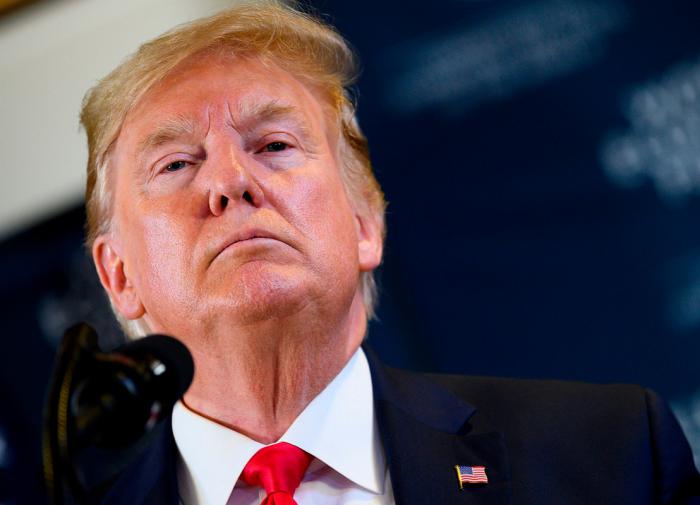 "America's conscience is bankrupt. She lost all conscience a long time ago. Uncle Sam has no conscience. They don't know what morals are. They don't try and eliminate an evil because its evil, or because its illegal, or because it's immoral; they eliminate it only when it threatens their existence. So you're wasting your time appealing to the moral conscience of a bankrupt man like Uncle Sam. If he had a conscience, he'd straighten this thing out with no more pressure being put upon him..." Malcolm X, Oxford Union, 1964

Don't think that the President of the United States is a racist, catering to the worst elements in American society. Trump's racism is a matter of record and every supporter, business tycoon and apologist knows this is a fact. He is a close to an American dictator that the United States has had in modern history; Benito Mussolini, to be exact, mixed with a with a sprinkling of the Adolf Hitler's philosophy. Trump's racism extends to corporate boardrooms, financiers and others who have gotten rich of his tax cuts and the trillions doled out by the Federal Reserve to salvage US business during the Pandemic of 2020.

What do you call letting 130,000 people die, a disproportionate number Black, Latino and the elderly? Is that some form of Democide or Collateral Damage in an effort to keep the economy limping along?

Dave Chapelle's 846 and Finton O'Toole's Unpresidented are essential viewing and reading. There are no better voices or insights commenting on the matters of the day.

Trump: Insane in the Membrane

"It was and is the Jews who bring the Negroes into the Rhineland," Hitler wrote, "always with the same secret thought and clear aim of ruining the hated white race by the necessarily resulting bastardization." Adolf Hitler, Mein Kampf, 1925

"President Donald Trump called out driver Bubba Wallace on Monday, alleging that a noose found in his garage at Talladega Superspeedway last month was a hoax and questioning NASCAR's decision to ban the Confederate flag from the sport. Trump tweeted: "Has @BubbaWallace apologized to all of those great NASCAR drivers & officials who came to his aid, stood by his side, & were willing to sacrifice everything for him, only to find out that the whole thing was just another HOAX? That & Flag decision has caused lowest ratings EVER!" ESPN, July 6, 2020

President Donald Trump on Sunday morning widely shared a video he said is from the Villages, a retirement community in Florida, in which a man driving a golf cart with Trump campaign posters is seen chanting "white power." The President retweeted the video that showed the community's Trump supporters and anti-Trump protesters arguing with one another. The President thanked the "great people" shown in the video. "Thank you to the great people of The Villages. The Radical Left Do Nothing Democrats will Fall in the Fall. Corrupt Joe is shot. See you soon!!" he wrote in the tweet." CNN, June 29, 2020

"The company founded by a man named Henry Ford," Trump's prepared text appeared to say, "teamed up with the company founded by Thomas Edison - that's General Electric." But when Trump came to Ford's name, he looked up from the text and observed: "good bloodlines, good bloodlines - if you believe in that stuff, you got good blood." Trump also suggested on Thursday that Ford and Edison were both in heaven, "looking down right now." The president's belief that Ford, the only American singled out for praise in Hitler's "Mein Kampf," should be in heaven was a stark contrast to his sarcastic comment during a visit to Michigan in December that the late Democratic congressman, John Dingell, might be "looking up" from hell." The Intercept: Trump Hails "Good Bloodlines" of Henry Ford, Whose Anti-Semitism Inspired Hitler. May 22, 2020

Excerpts/quotes below taken from interviews, books and news report by the authors of an Atlantic Magazine article titled An Oral History of Trump's Bigotry, June 2019.

"He's got a very Aryan view of people and race."

"You know, you don't want to live with them [Blacks] either."

"I was stunned by the openness of Trump's anger toward anyone who would compete with him-and particularly if they were people of color."

"Trump mentioned Native Americans who had recently opened casinos and said to George Miller, "They don't look like Indians to me." He said that. It was so outrageous."

"Trump and Stone-purchased ads that portrayed the Mohawks as criminals, drug dealers, etc. The Mohawks regarded the ads as racist."

"We met with the architect to go over the elevator-cab interiors at Trump Tower, and there were little dots next to the numbers. Trump asked what the dots were, and the architect said, "It's braille." Trump was upset by that. He said, "Get rid of it." The architect said, "I'm sorry; it's the law." This was before the Americans With Disabilities Act, but New York City had a law. Trump's exact words were: "No blind people are going to live in this building."

"He said he didn't think that Native Americans deserved the legislation, because there was a lot of corruption around Native American casinos. I remember asking him after the hearing, "Well, what's the evidence?" He said, "The FBI has it." I said, "You're making the accusation; why don't you bring the evidence?" He said, "No, you should ask the FBI." I said, "You're making the charge of corruption and you're not backing it up-that is unacceptable."

"Richard Spencer and David Duke spent time attacking me {Mike Signer, Mayor of Charlottesville, VA] and talking about the Jewish mayor of the city. There was a threat against a synagogue saying, "It's time to torch those jewish monsters lets go 3pm." There was an intensity in the anti-Semitism that previously was unthinkable in American political life. I grew up five blocks from the headquarters of the American Nazi Party, in Arlington, Virginia. It was above what is now a coffee shop, in a ramshackle house, and we laughed at this lonely, pathetic old man who would come in and out of that building. Now you're seeing something different. I was infuriated that you weren't seeing a condemnation of this coming from the [Trump} White House."